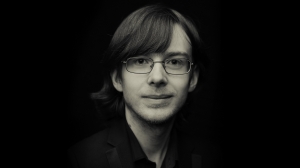 This is an online event for you to enjoy at your leisure and will be available to view from Thursday 28 January at 6pm.

Bach-Siloti - Prelude in B minor

Bach-Siloti - Prelude in B minor

This prelude uses part of the 10th Prelude and Fugue of the first book of ‘The Well Tempered Clavier’ which J.S. Bach composed in 1722.  The arrangement, by Russian pianist Alexander Ilyich Siloti, has been described as "perhaps Siloti's most tender and perfect transcription’, transposing Bach's original down from E minor to B minor.  It was dedicated to his daughter Kyriena, who was a noted pianist and teacher in the USA until her death in 1989, aged 94.

One of Johannes Brahms’ later works, an Intermezzo is the sixth of seven pieces of Op. 116 that he called Fantasien.  It is a richly layered work which demonstrates how Brahms utilised his mastery of piano technique to bring out the expressive qualities of the instrument with almost the soft, reflective quality of a nocturne.  Brahms sent the complete Op 116 to his publisher, Fritz Simrock, with the instruction to issue the pieces in two volumes, which was surprising given the apparent unity of the set as a whole.

“The Sunken Cathedral” was published in 1910 and belongs in the first of two volumes of 12 piano preludes. It is based on an ancient Breton myth in which a cathedral, submerged underwater off the coast of the Island of Ys, rises up from the sea only on certain mornings when the water and visibility are clearest. Debussy skilfully uses harmonies, modulation and rich sounds to evoke the images and bring the legend alive.  The piece is an almost iconic example of the musical impressionism for which Debussy is so famous.